In Gotham season 5 episode 7, the fans will finally get what they have been craving for. An iconic showdown between Bruce Wayne and Jeremiah Valeska. This will take place above a vat of chemicals.

Recap up until now

Jeremiah Valeska has been obsessed with carrying his dead twin brother’s legacy. This was ever since he received the parting gift from Jerome. However, even more so, he has been obsessed with torturing Bruce, not physically, but mentally. We saw the efforts to torture see him reach frightening new lows when he recreated Thomas and Martha Wayne.

He had a surgeon reconstruct the faces of two body doubles. This ultimately made them look like Bruce’s deceased parents. However, after kidnapping Alfred, it looks like there is a perfect setting for the showdown in the next week’s episode. These episodes can possibly seal either one or both of the characters’ fate.

The appropriately named episode will see Jeremiah continue his plans to lure Bruce in with the lookalike parents. What is going to happen in the coming episode is anyone’s guess.

If we look at it with the perspective of the future Batman and Joker, Ace Chemicals have been an integral part of their back story. This battle will bring the story to a full circle and will complete the full back story of one of the most famous villains in the history of comic books.

This can mean that Jeremiah’s plan might backfire and we can see that iconic fall in the chemicals which has always been in the origin story of the Joker. This will see him officially complete the transformation to the Crown Prince of Crime that we are all waiting to see. 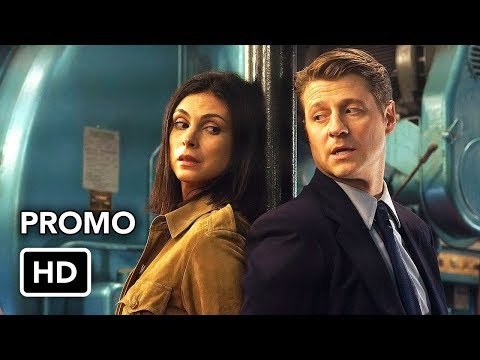