No doubt, Netflix has become the greatest source of entertainment amid the coronavirus lockdown. Thus, we all are keeping an eye on all the latest shows that are coming this May 2020. All of us have risen our expectations to watch new movies and shows. And, we have curated all those shows in this article for you.

This month, we will see some brand new series with stellar cast debuting in them. They include Damien Chazelle, Steve Carell, and Ryan Murphy. And that is why we are more excited to know what all is coming this month on Netflix. So check the datewise list below. 1st May, Friday on Netflix

All Day and a Night: The film revolves around a man who starts a journey of self-introspection after he is imprisoned in the same jail as his dad.

Almost Happy Season 1: This is Netflix’s debut Spanish show from Argentina. This show is a comedy show which revolves around the protagonist, a radio show host named Sebastian.

The Half of It: This is a teen movie directed by Alice Wu. In the movie, a school jock woo a girl on whom she has a secret crush.

Get In: In the French thriller, a family man is caught in the middle of a conflict. He finds squatters in his house after returning from a holiday.

Hollywood Season 1: We knew you are probably looking for this on our list. Thus, we have Ryan Murphy’s series here. The series talks about Hollywood during the era of the Second World War. And we all are quite curious to binge-watch this series.

Jerry Seinfield:23 Hours to Kill: Netflix is keeping special care of our comedy cravings. And thus, this standup will talk about the magic of Pop Arts and bad buffets.

Becoming: Believe us! This documentary is a must-watch as it revolves around Michelle Obama. The Oscar-winning Filmmaker, Nadia Hallgren describes the first lady’s tour to 34 cities in this film. Workin’ Moms Season 4: The sitcom describes the plight of Working Moms. The Canadian series is much-liked among the audience. And thus, it is in the fourth-run.

Scissor Seven Season 2: The anime series that revolves around a serial killer is back with a bang. The killer is backed with exceptional skills of disguise and hairdressing.

The Eddy Season 1: This series is about a failing Jazz club in Paris and the workers of the club. Trial By Media Season 1: This docuseries reveals the facts on how media has played an important role in history. As they have affected some of the most important and well-known cases in history.

Unbreakable Kimmy Schmidt: Kimmy vs the Reverend: The cast is back with a special episode in which cast actors like Ellie Kemper and Carol Kane will reunite and interact.

Schitt’s Creek Season 6:  The Canadian Comedian series is back for its sixth and final season.

White Lines: Alex Pina’s new drama is about a woman who returns to Ibiza for investigating her famous DJ brother’s death.

Sweet Magnolias: This drama is about lifelong friends who live in Southern Town called Serenity. Control Z Season 1: Control Z is about a teen hacker who unveils the intimate secrets about the students to the whole school.

Spelling The Dream: This documentary will release on Netflix on 23rd May. It describes the success of Indian Americans at Scripps National Spelling Bee.

Snowpiercer: This drama series draws inspiration from the French graphic novel Le Transperceneige. Thus, if you have not read the novel, you will find it quite interesting.

Space Force Season 1: This comedy series stars Steve Carell and John Malkovich. This series, as the name suggests about the people related to the US Space Task Force.

Thus, believe us, Netflix has packed us with some amazing series and films. And these new releases will definitely keep us entertained. We will recommend you to add all these in your binge list for the month of May. 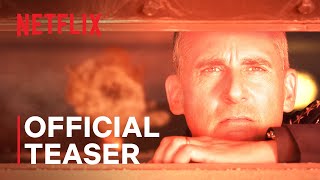