BTS, the South Korean boy band, was seen on “The Graham Norton Show” on 12 October for the first time as they made a guest appearance. Whoopi Goldberg, Jamie Dornan, singer Harry Connick and Rosamund Pike also made an appearance on the show.

Before the broadcast, a clip of BTS was shared by the show. The members of the group started with introducing themselves to host Graham Norton. The group also talked about their album “Love Yourself: Answer”. BTS is on Love Yourself world tour and will be in Europe from 9-20 October.

Mostly, the group members had a normal introduction, except for J-Hope.

Jin, another member of the group, has a good sense of humour which reflected from his introduction. He said,

Hello, my name is Jin! I’m worldwide handsome, you know?

One of the members, Jimin, couldn’t attend the show as he had severe muscle pain. However, we were grateful that the rest six graced the stage with their presence. Graham Norton was not happy about Jimin’s absence. Actor Jamie Dornan, on the other hand, used the opportunity to ask BTS if they needed a new group member, in order to cheer everyone up. RM replied to Dornan’s joke and said,

Graham Norton discussed on various interesting subjects with the group. They talked about Jungkook’s foot injury, the TIME magazine cover with BTS, what the group stands for and the UN General Assembly speech that they gave. Whoopi Goldberg also showed her support for the group by giving them her shirt.

Here’s the BTS interview that we are talking about! 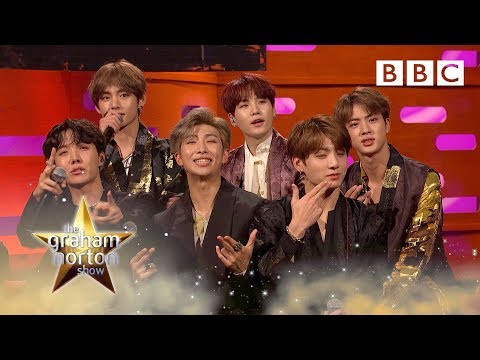 “The Graham Norton Show” shared the performance of ‘IDOL’ by BTS following its broadcast. The group has also appeared on the talk shows Good Morning America and The Tonight Show starring Jimmy Fallon. We will see the group performing in New York and Chicago before they head to London. 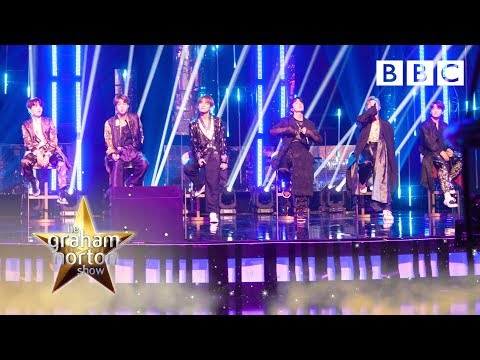