Chelsea Peretti fans were pretty upset after she left Brooklyn Nine Nine. But there’s a great news for all those who were missing her on the show. Peretti will be back in Episode 15 of Season 6, titled ‘Return Of The King’.

The trailer shows that we have many followers of Gina now, who are dying to see her back on the show. Peretti left the show in Episode 4 of this season as she was keen on starting her mobile app. Back in season 4, Peretti started her blog named Ginazon.

Episode 15 will be quite interesting with Terry Jeffords (Terry Crews) and Jake Peralta (Andy Samberg) investigating death threats which Gina is receiving. Gina may be seen greeting the cast members of the show. She is expected to join the show as a regular from Brooklyn Nine-Nine Season 7. 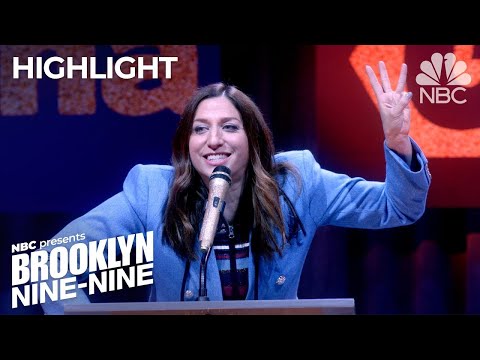 Gina has always been a favorite among the fans due to her sense of humor. The fans wanted her to return as a season regular since the day she left the show. We don’t have any official confirmation regarding her coming back as a regular yet. But we still have our hopes high.

Do you want to see Gina as a regular on the show again? Do you feel that the show is incomplete without her? Let’s get Gina back on Brooklyn Nine-Nine. Share your views in comments and don’t forget to spread the news around.