The $225 billion money laundering scandal of Danske Bank may just be “the tip of the iceberg” and investigation must be down if the Western banks were also informed, said a whistle blower’s lawyer.

Howard Wilkinson is represented by Kohn, Kohn and Colapinto law firm’s partner Stephen Kohn who said that Danske might just be a part of a massive plan for moving wealth across countries. The issue is much bigger than it appears. He added,

If this is properly investigated, and the money followed all the way to the end – it all went to large, multinational Western financial institutions and either the U.S. government or other authorities have the ability to track down every transfer and any account. 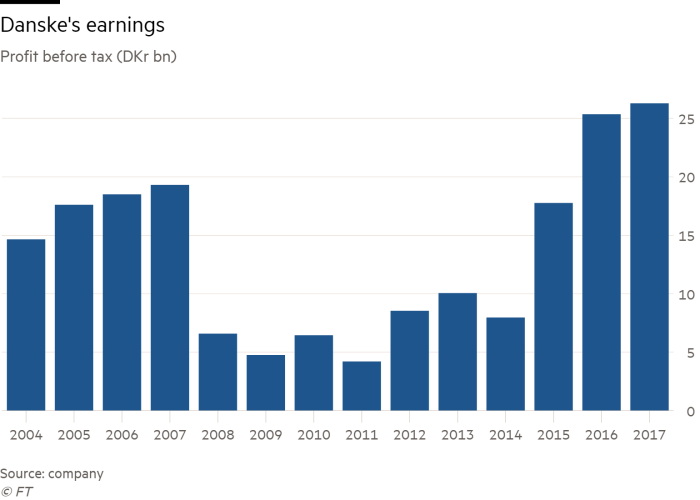 The whistle blower reported how billions of euros from the non-resident money was transferred from Russia through Danske’s branch from 2007-2015. The bank’s reported after internal investigation also showed that several transactions seemed suspicious. The criminal investigation is going on in several branches of the bank including the ones at Estonia, U.S. and Denmark. The shares of the bank plunged soon after that.

The companies registered in UK related to Danske Bank case are also being investigated.

The Briton is yet to testify before European and Danish Parliaments which will be done next week.  Publicly named whistle blowers are at a great risk of retaliation. As per Kohn, the whistle blowers must be rewarded financially. In 2012, Kohn even won $104 million reward for Bradley Birkenfeld who exposed tax evasion by UBS, but he also had to serve three years sentence in jail.

Kohn says that the practice of turning informants into martyrs by the European is a joke. Whistle blowers must be given better protection as they risk their everything to bring out the truth about these wrongdoings. But financial incentives are still not provided.