U.S stocks failed to show any improvement over the past few weeks. Trade war across the globe is making conditions worse.

S&P 500 index wobbled between the positive and negative region for much of the day but ended at a lower mark in the last half-hour of trading. The Dow, which was positive for most of the session, ended in opposite phase.
The technology index SPLRCT fell 1.6 per cent, while defensive sectors such as real estate SPLRCR, consumer staples SPLRCS and utilities SPLRCU led S&P’s major sectors in percentage gains.

The major U.S stocks indexes fall off sharply last week; this led to sharpest weekly percentage declines in seven months. Investor concerns have mounted about the impact on corporate profits of tariffs and borrowing costs.
According to I/B/E/S data from Refinitiv, S&P 500 companies on average are expected to report 21.6 per-cent year-over-year profit growths, a decrease from the previous two quarters. 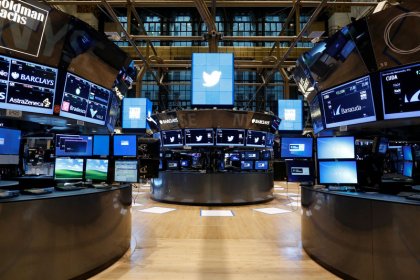 Source- Investing.com
The U.S federal government closed the 2018 fiscal year with the biggest deficit since 2012. It ended with the 12 months through September $779 billion in the red as tax cuts hit revenue, data released from Treasury Department.

“The market is in wait-and-see mode, it’s waiting for earnings, waiting for the Fed, and waiting for economic data from China to see if things are stabilizing”.