UK will issue a commemorative 50 p coin as a mark of its departure from European Union in the coming year. The announcement will be made by Chancellor Phillip Hammond in the Budget speech.

The Queen’s head will be featured on the coin with the phrase “Friendship with all nation” on its reverse side. In 1973, a 50p coin was struck when the European Economic Community was joined by UK in 1998 when UK held EU’s presidency. The exact look of the coin is not yet defined. 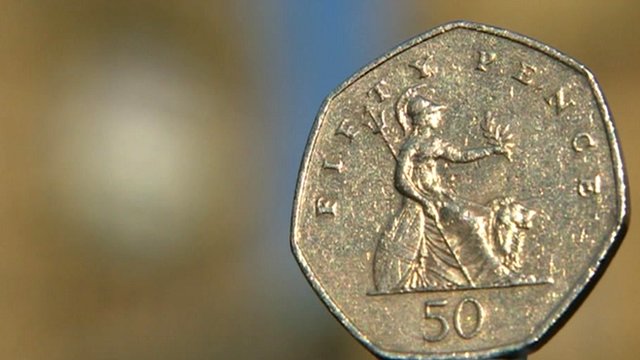 Brexit is a historic moment and it must be commemorated rightly. The Treasury sources reported the department has been working on the coins’ plan for months, even before the Conservative MPs started campaigning for it

At present, there are around one billion coins of 50p worth £530 million. Around 43 million 50p coins were released at the end of March 2018. The durability of each coin is from 30 to 40 years. The recent 50p coins that are in circulation have commemorated Kew Gardens, the Battle of Hastings, Paddington and Olympics in 2012.

The 2009 Kew Gardens coin is considered the rarest piece of 50p coin with 210,000 in circulation. The collectors sought this coin the most. One such coin was sold on eBay for £80.

50p coins have marked several historical moments and this important historical event must also be marked by it. Everyone is excited to see the new coin.