Shrek has been the favorite of many. Fans are desperately waiting for the new Shrek 5 release date. However, there have been no updates from the studio.

In the year 2016, NBC Universal along with DreamWorks informed that this absolutely loved animated movie will be produced once more to complete its 5-movie franchise.

Sources reveal Michael McCullers will be the new writer for the last Shrek 5.
Is Shrek 5 canceled?

While several news report denies the cancellation of the Shrek sequel, no updates of the new movie have disheartened several fans.

The fans should still be hopeful because a number of sources reveal that, the script of the new movie is ready. So, there has to be a Shrek 5.

Release date delay due to the Pandemic

If reports are to be believed, like every other production, Shrek 5’s production is halted due to the very recent coronavirus’s quarantine.

We witnessed a piece of popular news that said, “The premiere date of the next Shrek will now be in 2021 because of the crisis.” However, this news was not from DreamWorks handle, hence it is a piece of fake news or perhaps a guess.

Jeffrey Katzenberg gave a statement long back that said, that subtly hinted at the end of the Shrek movie series with movie four.

Why DreamWorks said no to Shrek 5?

DreamWorks wants to work on the sequels of movies like, “Puss and Boots”.

Viewers have witnessed an IMDb page for “Shrek 5”. Fans are really hoping for more of the popular franchise. After four successful Shrek movies, fans will utterly love another movie. However, as of now, DreamWorks has made no promises for the a Shrek 5 release date. 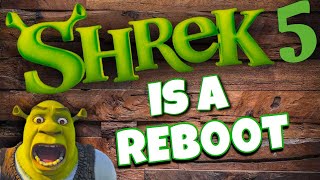