The popular show features the adventures of a space colonist family.  Also, it has an IMDb rating of 7.3 is written by Burk Sharpless and Matt Sazama. It has been recently renewed.

Furthermore, show has won a number of awards by the Visual Effects Society Awards in 2019 and 2020.

Lost in Space: The release date

The show is expected to release in the mid of 2021. However, coronavirus’s impact may cause a delay. The previously scheduled dates suggest that the show may come up in early 2022.

More #LostinSpace is coming. The third and final season arrives in 2021 on Netflix. pic.twitter.com/tZw1r5ZOCR

Lost in space in winter holidays

Another popular rumor suggests that the show will be a huge source of entertainment during the winter holidays or the new year. So, one more expected release date will be December 2021 or January 2022.

The show will continue the storyline of the Robinson family. Hence the Robinsons played by, Molly Parker, Maxwell Jenkins, Toby Stephens, Mina Sundwall and Taylor Russel will be seen. Many more of the same cast members are expected to be seen in the new season. 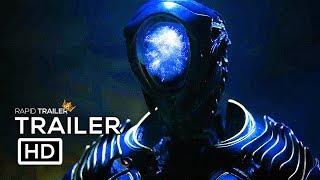 The makers have not revealed anything major about the plot of the new season. But, the show may continue the storyline by showcasing more of the separating family. Since this will be the finale season, the plot is expected to give the fans some closure.

Now… can we talk about this s2 cliffhanger? pic.twitter.com/wKFTIWBdel

As of now, the fans will have to wait for a while for the release. However, it will be worth the wait because it is expected that the third season will have a satisfactory end.