The picture of killer Michael Myers was replaced with that of a congresswoman by Sabo, a conservative street artist. The billboard was originally advertising a Halloween movie.

Everything is in its place apart from the congresswoman who is now seen holding a butcher knife instead of Michael Myers on the billboard at Pico Boulevard, West Hollywood. Apart from that, addition of the phrase “#Uncivil Democrats” is also made.

Sabo hijacked one of the billboards that is used for advertising by Universal and Blumhouse for advertising the 1978 movie’s sequel. The phrase is referring to the congresswoman’s indication that things will be difficult for the President and his Cabinet members in June this year.

Maxine Waters has mocked the billboard. She even said,

If you see anybody from that Cabinet in a restaurant, in a department store, at a gasoline station, you get out and you create a crowd. You push back on them and you tell them they’re not welcome anymore, anywhere. 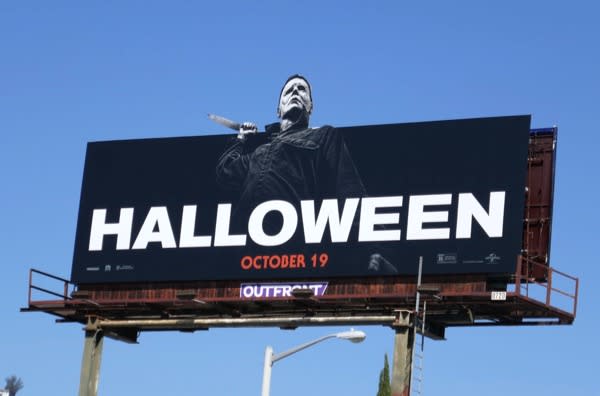 The Halloween movie is estimated to open with $70 million and may even set a record during the end of October.

Read more:  20 Pictures Which Will Turn Your Bad Day Into A Good One

We are not sure what will happen to the Billboard now. Will it stay intact or will it be taken down? The Republicans may even claim their right to freedom of speech if any action is taken. The picture is all over the social media, widely shared and enjoyed by all the conservatives.

This may seem objectionable to the Democrats, but it a truly peaceful way of protesting and casting one’s views.