Jack Ryan, is an actively watched American series. It is a political-thriller show. After the two seasons of the show, Jack Ryan is coming up with the third season.

This spy-themed television show is based on several characters from  “Ryanverse”. It was created by none other than Tom Clancy. The show premiered in August 2018 on Amazon’s Prime Video. The creators of the show include Carlton Cuse along with Graham Roland.

Amazon decided to renew the famous series for the third season in February 2019.

When will Jack Ryan Season 3 release?

Due to the coronavirus pandemic is it not easy to guess when will the makers finally release the show. The lockdown has curbed all the shooting and the show’s release has definitely delayed.

"It's an interesting place to start season 3." Spoilers ahead: Get a behind-the-scenes look at the Season 2 finale. #JackRyan pic.twitter.com/3Qk0myaNZG

The audience witnessed two seasons that which were an absolute hit. The third season of Jack Ryan is awaited by a number of fans. Also, there is no official release date. However, the expected time of release is late 2021.

The makers of the series have confirmed, the shooting of the episodes had begun. In fact, there were only a few more episodes to shoot. But the quarantine led to a delay.

The plot of Season 3

The new season of Jack Ryan will showcase breakneck revenge against the Venezuelan President for attacking the protagonist. Furthermore, the third season will give the fans more of Kathy.

Clearly, fans will have to be a little patient for the release of the new season. 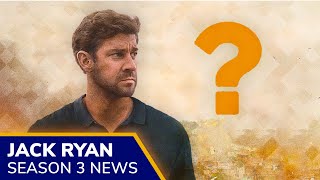