On Wednesday, the European Union’s top trade official Cecila Malmstrom visited the U.S. It was reported that a response has already been prepared by the EU in case President Trump decides to go ahead with execution of auto tariffs plan.

Malmstorm reported that if President Trump imposes tariffs on trucks and cars would have adverse effect on the EU as well as US and the EU is ready to strike back. Malmstrom had a meeting with Robert Lighthizer, trade representative of US, and after that it was reported that if the threat by President Trump regarding auto tariffs become real, then the EU will also slap equally high tariffs on US goods.

It would be a re-balancing list covering a lot of different sectors. That would be ready if we thought those measures would hit us. We hope not.

After Trump gave a threat of imposing 25% tariffs on the auto parts imports into US, Jean Claude Juncker, who is the European Commission President, agreed to expansion of trade with US for avoiding tariffs.

However, no final deal was entered into and President Trump is ready to impose tariffs again. At present, Trump administration’s free trade advocates have dissuaded President Trump from imposition of tariffs on auto parts, but the possibility still remains. 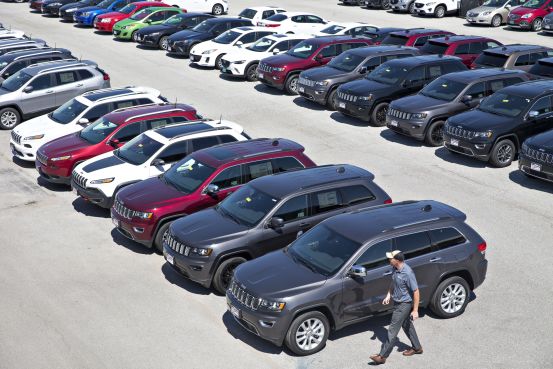 The number of cars imported into US from the EU every year shows that tariffs would harm EU in particular. As per the European Automobile Manufacturers Association, $40 billion worth cars were shipped to US in the previous year. Further, the European automakers produced around 2.9 million cars in the US in 2017.

However, the trade chief of EU said that the damage that will be caused by placing tariffs would affect both the EU and the US. The Peterson Institute for International Economics study shows that around 195,000 American jobs will be lost if 25% tariffs are placed.