In the times of global uncertainty, Bitcoin is often seen as an alternative to the traditional currency and compared with digital gold. However, after the issues between China and the US and the effect on European currencies due to Brexit uncertainty, Bitcoin’s value was decreased by 50%. This is an issue of concern for the Bitcoin owners.

According to Windsor Holden’s new study,

Given our concerns around both the innate valuation of Bitcoin, and of the operating practices of many exchanges, we feel that the industry is on the brink of an implosion.

Many were expecting this to be an ideal year for the digital currency. But the cryptocurrency couldn’t stage a comeback which may bring in more bad news. 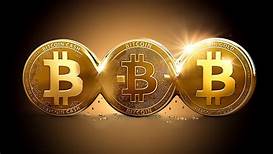 If Bitcoin cannot make gains in such favorable circumstances, then it is unlikely to prosper as and when these issues are resolved.

Global exchange hacking news and regulatory crackdowns are said to be the reasons behind the decline. The cryptocurrency is avoided by Wall Street as well as CEOs like Jamie Dimon and Warren Buffet. Warnings have been issued about bitcoin trade. It is also seen as the one that is only favored by swindlers and charlatans.

The entire situation has also affected other cryptocurrencies. Individuals are now less willing to pay higher prices for the cryptocurrency. Even the credit card companies do not support payment by bitcoin. Further, advertisements regarding initial coin offering is also banned on the social media.

Taken together, this means that there is likely to be less demand, with less funds available to invest in Bitcoin.

Bitcoin could also be used for illegal transactions and money laundering purposes.  However, others are kind of bullish towards the underlying technology block chain of the cryptocurrency. Many top venture capitalists such as Andreessen Horowitz are still interested in equity investing in crypto companies and blockchain.