Apple is coming up with the latest version of iPad Pro and they are right now called as 2020 iPad Pro until the company announces some official name. The next-generation iPad Pro will come up with all sorts of new features including the triple rear camera setup similar to the iPhone 11 Pro series.

DigiTimes is reporting today that new iPad Pro models with an upgraded camera system featuring a ToF 3D sensor is in production and on track for launch next month. Bloomberg also reports that Apple is preparing for the launch of new iPad Pro models for the first half of 2020. pic.twitter.com/F5ZNy92Ckh

Apple is also introducing advanced features such as Smart Keyboard with backlit keys and traditional scissor-style switches. The latest patent filed by Apple at the United States Patent Office (USPTO) reveals new information about the Apple 2020 iPad Pro, where it could feature the advanced version of the Apple pen stylus.

Apple Pencil stylus is trying to keep with the latest Surface Pen and Galaxy Note stylus which has advanced so much in the recent few years. The Cupertino based tech giant is kind of lagging behind in the race of tablet-pen setup where the competitors have already built convenient charging methods and pressure-level sensitivity for the accessories.

The 2020 iPad Pro model will have the Apple pencil consisting of a haptic feedback system. The patent was titled, “touch-based input device with haptic feedback” and the images revealed the mechanism where a user can hold the Apple stylus and press it to activate any kind of function within the application. It means that the stylus in the 2020 iPad Pro will allow the user to keep drawing or writing their tablet without any pauses or interruptions.

Apple is planning to release its next version of iPad Pro in March or April as they have planned a biannual release schedule for their products. There are rumors that the upcoming iPhone SE 2/iPhone and the 2020 iPad Pro will be launched together in the March event of Apple. The exact release date for iPad Pro is reported to be March 31, 2020, by many of the reports. 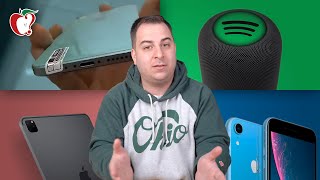